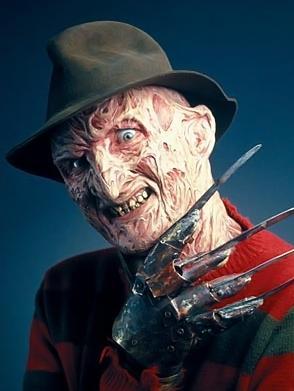 Never mind fiscal cliffs, or the fact that the real danger isn’t a Mayan-style apocalypse but a nuclear one (with the Doomsday clock last set at five minutes to midnight).

For more than a few of us, the big threat is the year ahead, 2013. Perhaps 85 percent of the world’s office buildings lack marked 13th floors, and a word even exists for fear of the number, triskaidekaphobia.

“Could we please move on to another year,” some might beg, “or at least call it by another name? Just like the elevator numbers.”

David Emery, Urban Legends guru on the About.com site, tells us the Turks refused to utter “13,” and that male chauvinist pigs of yore hated it because 13 was the number of menstrual cycles in a lunar year. He also reminds us that “there are 13 witches in a coven.” And for good measure, Emery writes that “Charles Manson, Jeffrey Dahmer, Theodore Bundy and Albert De Salvo all have 13 letters in their names.” Freddy Krueger of Nightmare on Elm Street and Friday the 13th fame qualifies numerically and must love a word inspired by dread of that date, paraskevidekatriaphobia. Friday the 13th is even said to increase your risk of hospitalization—from a transportation accident—by up to 52 percent.

My late mother had a vested interest in this, having been born in 1913, and I did some cursory research to see if the mix of good and bad from back then might foreshow life a century later.

What follows is more than a little subjective. Richard Nixon also entered the world in 1913, a positive if you think about the Nixon who established the Environmental Protection Agency but not so great when you remember the “Tricky Dick” of Watergate. A British freighter exploded in Baltimore Harbor with 343 tons of dynamite, killing at least 40 by one estimate. In Mexico that year, Francisco I. Madero, a prominent writer-statesman-reformer, was assassinated. In China, another political killing paved the way for the rise of a dictator. In the Philippines, Gen. John J. Pershing, aka “Black Jack,” led the Bud Bagsak Massacre where at least 2,000 civilians died. War broke out in the Balkans. More than 400 British miners died in the UK’s worst mining disaster.

Ouch. Not a very good year if you go by the preceding alone.

But 1913 was also the year of the Woman Suffrage Parade in D.C., the passage of the 17th Amendment of the U.S. Constitution to allow direct election of U.S. senators, and the birth of the Rockefeller Foundation, kicked off with a $100-million donation from John D.  B’nai Brith’s Anti-Defamation League was founded. President Wilson set off the final explosion for the Panama Canal, an enterprise problematic in political and moral terms but a triumph for world commerce.  The Rite of Spring premiered in Paris. The transcontinental Lincoln Highway was dedicated; the United States Soccer Federation, formed; the first moving assembly line, started at Ford Motor Company; woman’s suffrage, enacted in Norway. Did those and the other positive events make up for, say, the 2,000 dead civilians butchered in the Bud Bagsak Massacre? Sorry, but I don’t think so: I won’t sugarcoat 1913.

And now for the ultimate exercise in subjectivity. The year 1913 saw the ratification of the 16th Amendment, which gave us the income tax. As a progressive and as an unabashed Keysenian, I like that as a compensatory mechanism along with the social programs anathema to the Koch Brothers and friends. More than ever, we need full-strength taxes on the ultra-wealthy. Consider the tendency of free trade and technology and certain tax policies to exacerbate the outrageous inequalities here in the U.S. and actually hurt the rich in the end—by reducing the ability of the masses to buy Mr. Own It All’s products.

Perhaps you disagree. Either way, happiest of 2013s (and of Christmases, Hanukkahs, Kwanzaas or whatever else you might celebrate)! To hell with superstition; bring on the New Year!