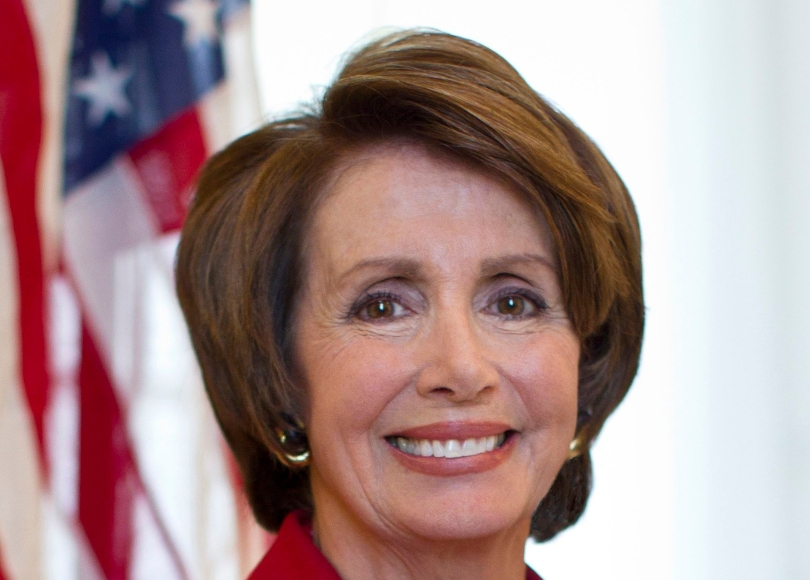 In a scenic mountain town in Trump country, a professional woman in her 50s scanned the front page of the local daily.

She read a headline about House Speaker Nancy Pelosi and President Donald Trump—at odds over the partial government shutdown and The Wall.

America’s oldest kindergartner had vowed to hold federal workers hostage until funding came for his monument to bigotry. FBI agents, air traffic controllers and others in crucial jobs could not do their work without worrying about getting paid. Clerks with cancer wondered where the money would come for their chemotherapy.

But guess who the professional woman sided with?

“Can you believe this?” the woman told a friend nearby. “She won’t let him give the State of the Union speech? How petty. I don’t like her.”

The friend, anti-Trump just like the newspaper reader, agreed.

Well, as it happened, Nancy Pelosi was more savvy than petty. She knew that as part of her powers, she could prevent Donald Trump from addressing the House of Representatives. And so she did—forcing Trump to reopen the government, at least temporarily. If this is “petty,” let’s see more of it. And now a question—the main one I’m addressing here: Just why do the two women and so many others hate Nancy Pelosi almost as much as they loathe Donald Trump?

No mystery about many men’s hostility toward her. They find such a powerful woman emasculating.

But what about women? The political junky who overheard the Nancy-hating in the mountain town marvels to me: “Here is a woman who has helped engineer landmark legislation, who has no scandals, who is highly successful at her job, who embraces her role as mother and grandmother, yet she is reviled by many. So she has money—I’d say most of the people in Congress do. We’re fine electing women to serve our country, but when they rise to the top of the power platform, that’s going too far. It’s too much of a threat. To get there, she must be catty, back-stabbing, bossy and bitchy, because as many women believe, that’s what you have to do to rise in your profession. So she must be that way, many think.”

Two words, in my own opinion, sum up much of the problem. Selective misogyny. The adjective is a “must” in many instances. Women can be perfectly enlightened on gender-related issues on the whole but still apparently show a touch of gender self-hatred or at least doubt in certain contexts. The newspaper reader mentioned at the start of this commentary supports the Equal Rights Amendment. What’s more, she is a career woman, a hardworking, well-regarded professional. So we’re not talking about a 19th-century level of conservatism here. Still, the misogyny factor is why, in my column in the Georgetown Dish, I said the Democrats cannot win in 2020 with a female at the top of the ticket. As a VP candidate? Very possibly, I’d hope. But not at the top, given the composition of the Electoral College, favoring conservative rural states. I cited research showing that ambitious, power-seeking men did well but that people often resented similar traits in women. Not just males but also females.

My own theory is that the main cause is cultural. So many women, even highly intelligent ones, at times put their brains on autopilot and often let others, especially the men in their lives, do the thinking. That’s what their mothers were expected to do, so why not? They see Nancy Pelosi as a disruptive threat to their core beliefs.

The fact that Pelosi is from the West Coast greatly compounds the perceived crime. Never mind that she grew up in Baltimore. Her mostly liberal politics, her age and her interest in power don’t help. Remember, a lot of people felt this older woman should step aside for someone younger. Would they have been so vehement if Nancy Pelosi had been a man? Hard to say. I myself worry that the Democrats have not opened up enough opportunity for younger people, but I would apply this concern to men as well as women. Still, we’re endlessly lucky in Pelosi’s case that experience triumphed; could rivals for the speakership have fared so well against Trump? Score one for the Speaker and consider anew whether her gender, not just her 78 years, got in her way when she was vying for her old job.

A redeeming trait in some people’s minds might be Nancy Pelosi’s ability to be very female in her outspokenness. She is the mother of five and is perfectly capable of scolding Trump as if he is an out-of-line preschooler. As reported in the Washington Post, she “told colleagues she was ‘trying to be the mom’ in the room when she and Senator Minority Leader Chuck Schumer were at the White House to discuss the wall with the Trump. When the occasion calls for this, she can be subtle about it in a female way. Her daughter Alexandra has said: “She’ll cut your head off and you won’t even know you’re bleeding. That’s all you need to know about her.”

Permanent relief from the shutdown isn’t assured, but if Nancy Pelosi wins, this will be another reminder of the dangers of misogyny and the related dissing of women. As CEOs and as investors, women have done better than men. And if Pelosi is typical, then, in the wake of the electoral victories of so many new female politicians, we might be a better country.

That’s my take on such matters. It’s all very much in the realm of opinion, and I’d love to hear from others even if they think I’m full of malarkey. How do you feel—especially in regard to why so many women, not just men, hate Nancy Pelosi?